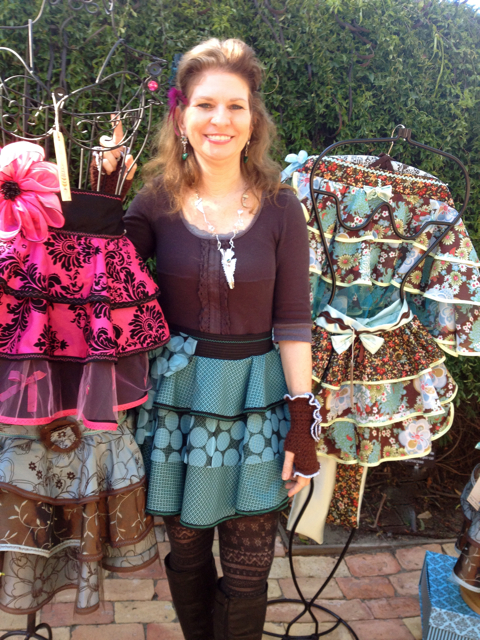 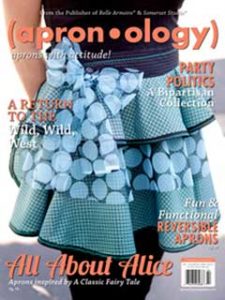 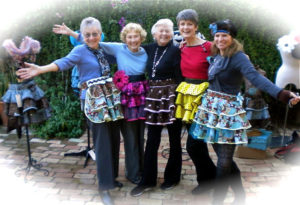 Trish began sewing at a very young age in the sun parlor of her grandmother and her lady friends in Tampa, Florida.  Her grandmother operated a local boarding home on the corner of the Famous Bayshore Blvd,  that even had  a wishing well and a flower garden.  The women would discuss local news, politics, religion, books, education, community interests while embroidering, sewing, knitting, tatting, making baskets, painting both acrylic and watercolors, while someone was always playing the piano and break into song.  Everyone wore the most beautiful aprons to cover their day dresses, as a southern woman, was always in decor in case guest stopped by.   Thus the beginning of her creative clothing.

All of Trish’s aprons are one of a kind, individually and hand designed and sewn. 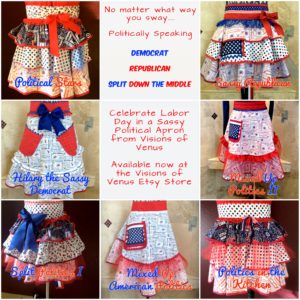 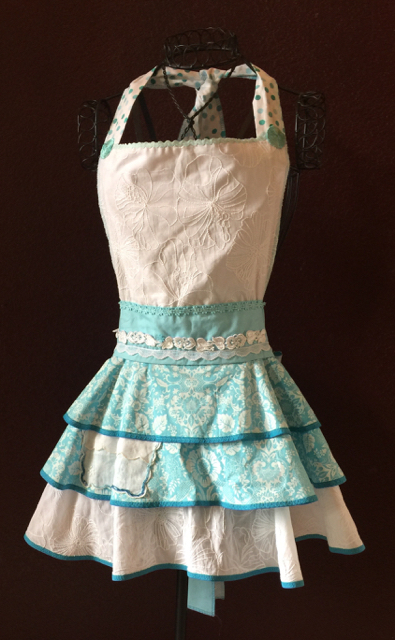 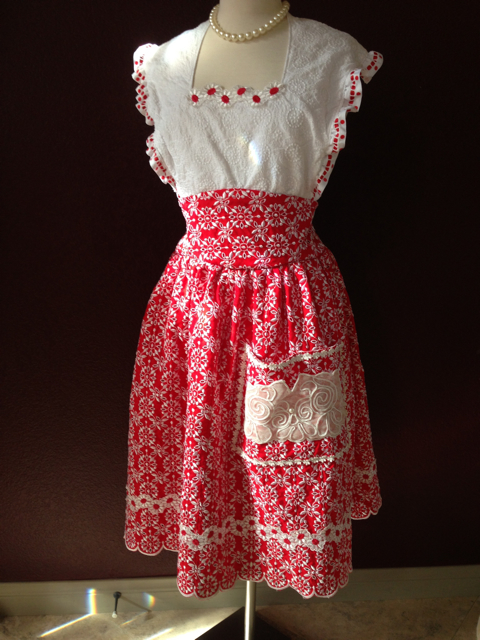 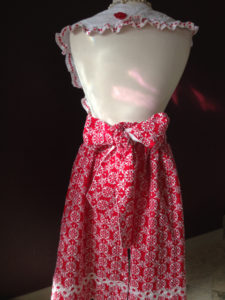 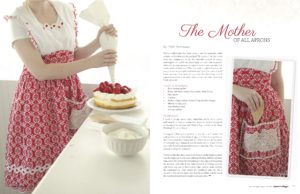 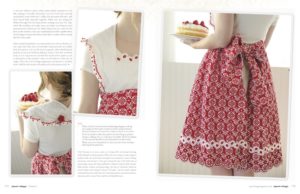 I found this expensive eyelet material at a local sewing store and knew I had to have it.  I realized after I made this apron, it reminded me of my Southern Roots and how sometimes when creating and hosting an event, I could look oh so beautiful and southern in this apron.  Skirt is lined with white lace material (same as bib), Embellished with lace, ribbon, buttons to give it a retro feel. 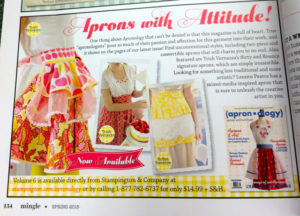 Both my SWEET DAISY DOTS AND THE MOTHER OF ALL APRONS, are used in various advertisements for Stampington Press Magazines.

Featured in Apron.ology 2014, Page 120-123, and won 3rd Place at San Diego Fair 2014.  Both My Sweet Daisy Dots and Mother Apron are used to advertise Apronology magazine in various Stampington Magazines.  Available on Etsy!!! 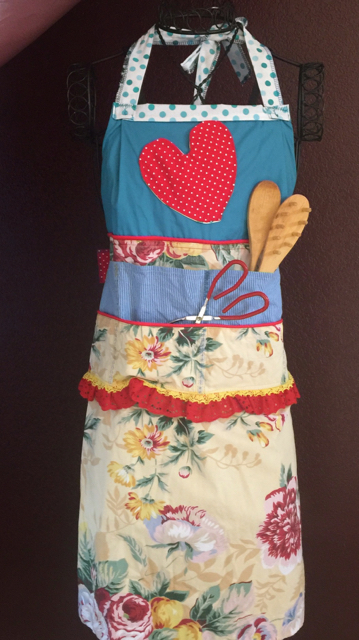 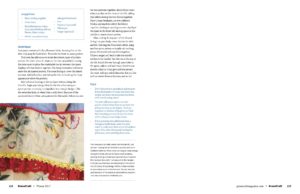 Made from a recycled  king sized pillow case, I made enough pockets to take the kitchen sink with you to every room! 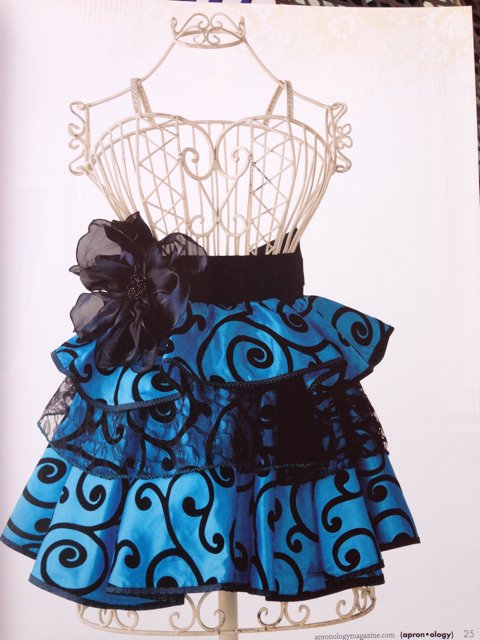 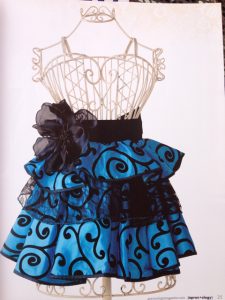 I was interviewed for a story in Apron.ology by a contributing editor;  Danielle Mohler.  I noted that one of my favorite female artist was Lenore Fini, a surrealist artist, who painted in her glamorous clothing. Seeing those images of her gave me permission to dress myself in high fashion.   Growing up in Florida, always on the beach, I was attracted to this satin fabric that reminded me of the swirling ocean where I would sail and swim. 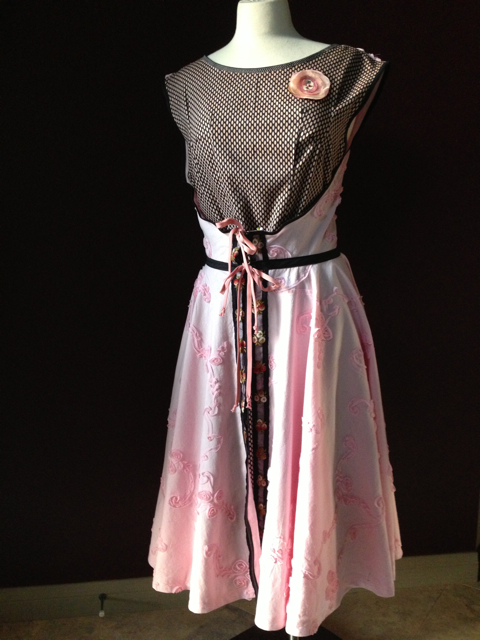 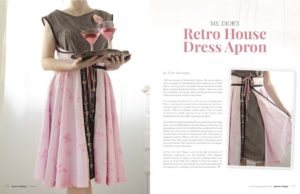 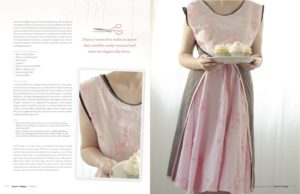 I created this  reversible house dress in memories of my grandmothers who taught me how to sew.  They often donned these beautiful house dresses to cover their day dresses, just in case company would  just stop by to visit,  they would appear graciously beautiful and coiffed.  I used an old vintage retro pattern combine the pink embellished material with a black/pink material, making it reversible in case you spilled something on the front.  Fabric and lace was found in vintage material warehouse in San Fransico in the bedding department.  Of course, I had other ideas! 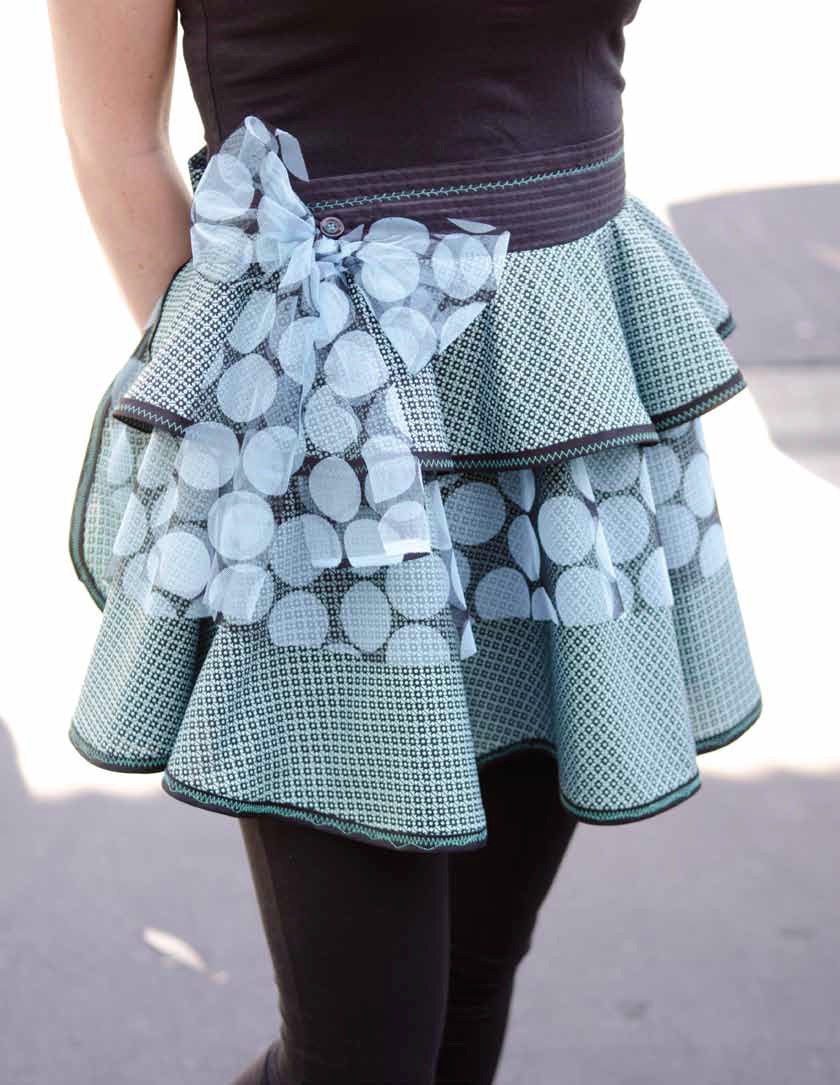 What a surprise to find out that I am not only the COVER GIRL of Apron.ology 2013, I was featured in the magazine and my political aprons were also featured on the cover story line:  Party Politics:  A Bipartisan collection.  I was so overwhelmed with Joy.  I had sent these aprons minutes before the deadline.  My loving father had fallen sick and I was on my way to Florida to tend to his health.  I was noted that something special was happening by the magazines but I was so distressed I did not pay attention.  I got to give my dad a copy before his passing and he was proud.  Though I got my sewing skills and displince from my mother, my creative artistic talent was a loving skill he encouraged and passed on to me.

Created with tulle,, embellished stitches and loving hands!  SOLD!!! (I own this….available for photo shoots/images, etc.) 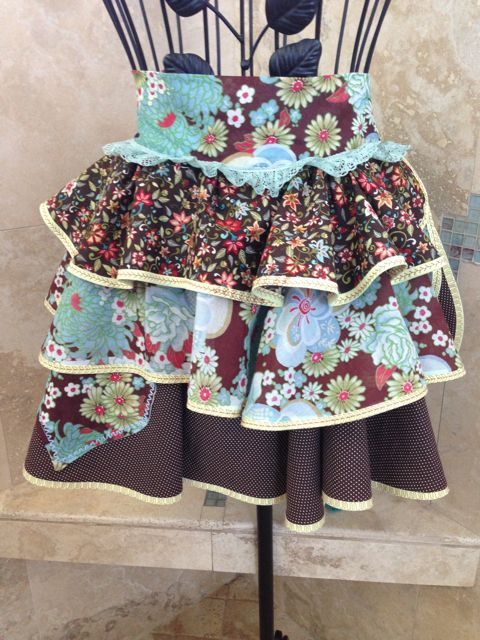 My inspiration came from the Antebellum period when women wore hop skirs, corsets, pantalets, gloves and wide-brimmed hats.  Growing up reading and watching the Movie:  Gone with the Wind, I was inspired by Scarlett O’Hara’s use of her curtains to make her dress to meet Rhett Butler.  I thought, she should have had a fancy apron, in case he came by while she was in the kitchen!   3 tier flirty 1/2 apron with biased tape with unusual stitching made this apron a delightful fancy. 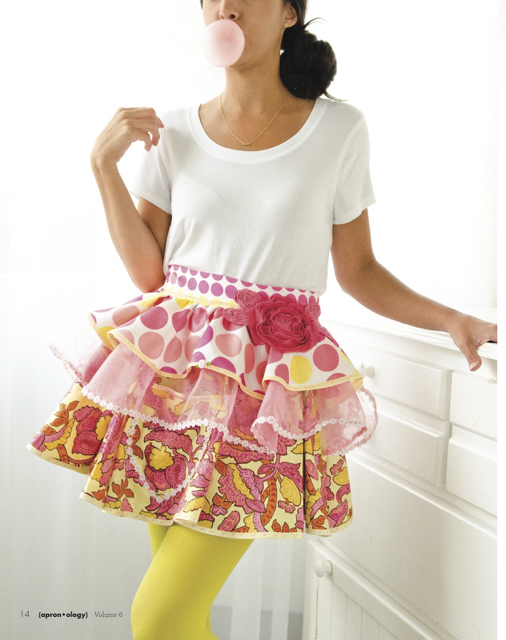 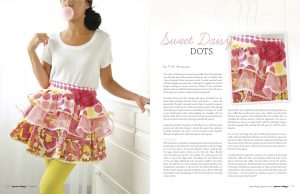 This vintage styled apron  was inspired by my youthful memories of “The Big Circus”.   The various big drink and lemondae stands, flair of the circus costumes  gave me inspiration to  embraces a frilly, feminine, chic spirit. 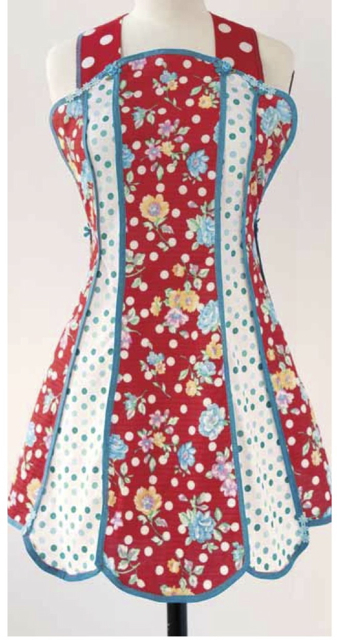 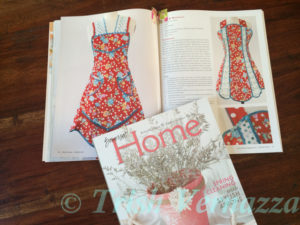 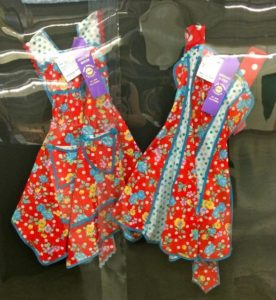 Using the polka dotted red fabric to make this full apron, I switched out the blue polka dots in the front seams with the unusual stitches on the bias tapes. 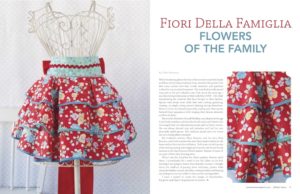 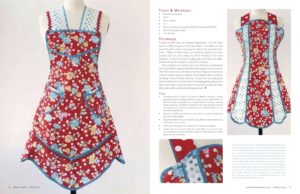