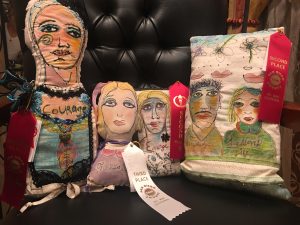 A unique, original, one of a kind free motion stitched and water colored art pillow. Done by Free Motion Stitching using my quirky sense of Humor to capture a Couple’s journey through life.

This is the perfect pillow for your home or a wedding gift for the new bride and groom or 1 couple!

Convo with me if you would like a signed copy of magazine for additional cost of $15.00, include art book mark. 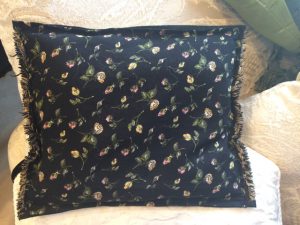 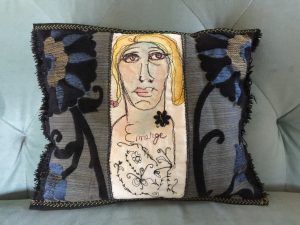 A woman of substance Emerges from the constrictions of her life as she develops her own insight. This art pillow is a great gift to give to a woman who has the strength to Emerge from life’s obstacles.

If you would like a copy of the signed magazine with art book mark, with this pillow for an additional $15.00. please convo with me for inclusion in your purchase. 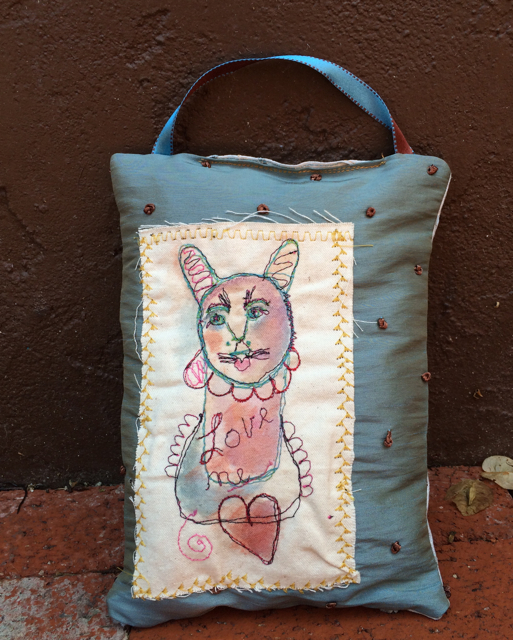 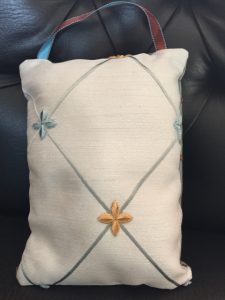 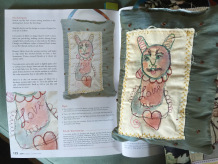 ” Love Me” Art Pillow created by Trish Vernazza. A unique, original, one of a kind free motion stitched and water colored art pillow.

Perfect to give to someone who loves their pet. Hangs 11 inches x6.5 wide. 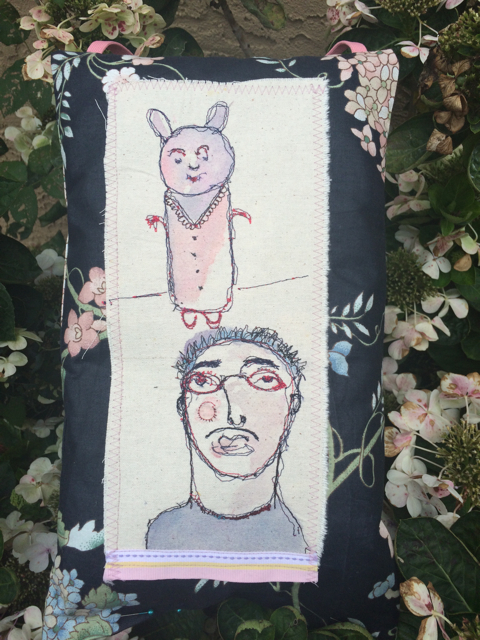 A Man and his cat! Kitty Boy! Watching my husband, blues rocker guitarist, Johnny V Vernazza, play with our Kitty, FrankieBJ, inspired me to make this pillow. Perfect for Father’s day for your Kitty Loving Dad or his birthday! Unique and One of a Kind! 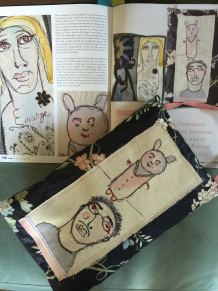 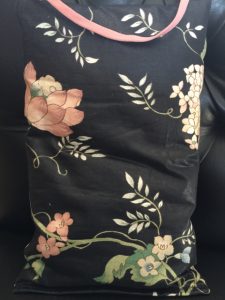 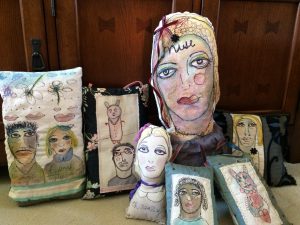 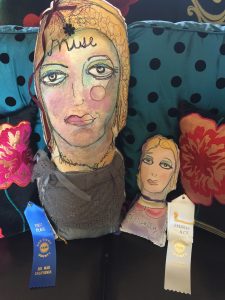 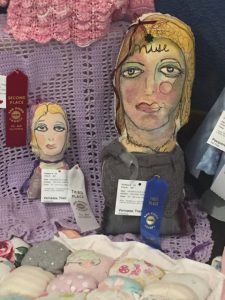 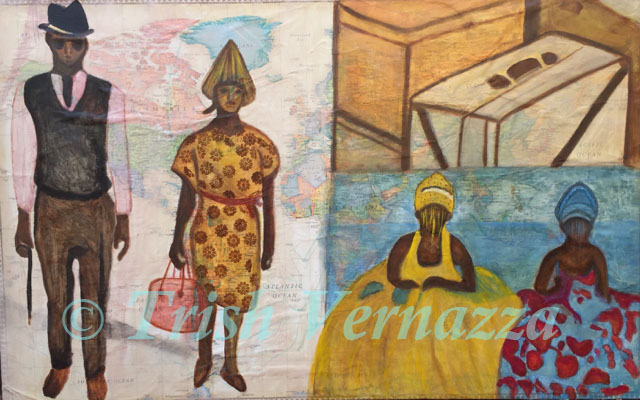 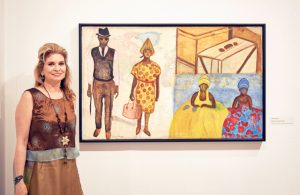 Featured in Oceanside Museum, through Artist Alliance 36×48. March 25,2017-August 4, 2017. Featured at Mirrors of the Mind, Art Share-Los Angeles, November 2017, Psychotherapists as an Artist.

After our Current Political issues about Immigration, my experience as traveling the world as a former flight Attendant for Pan American and having many many cultured and ethnic and people of color friends, I could not resist. I was encouraged by artist Leslie Nemour to pour out my heart!!! World Map adhered on canvas, oil paint. Images from World Traveling and National Geographic. Female African Brides ready to be married, old traveling suitcases, African couple ready to immigrate.

If you are a local buyer, please contact me to decrease shipping/delivery cost. Available for note cards, sold separately. Buying this item does not relinquish the rights to the artist to reproduce prints of this artwork.

Half of sale goes to the North County African American Women’s Association. https://www.ncaawa.org/ 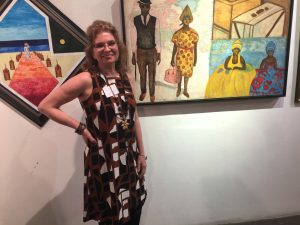 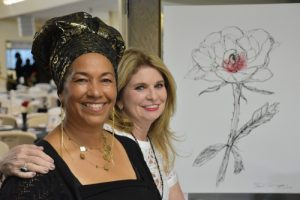 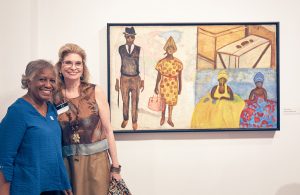 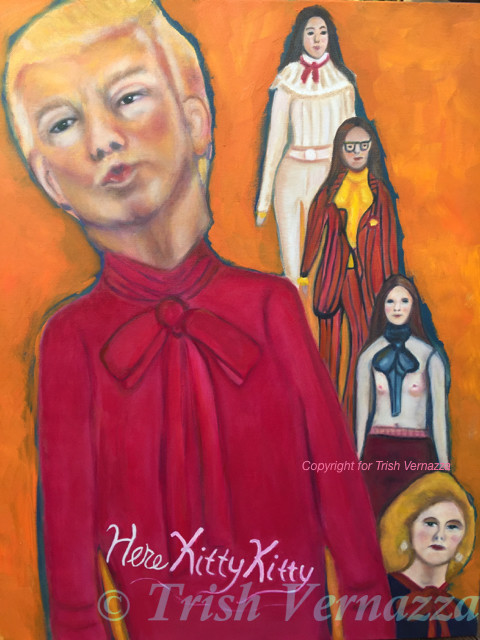 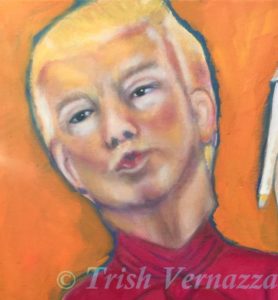 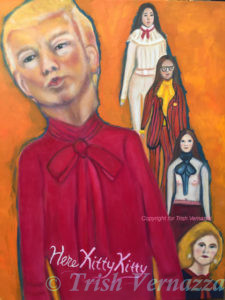 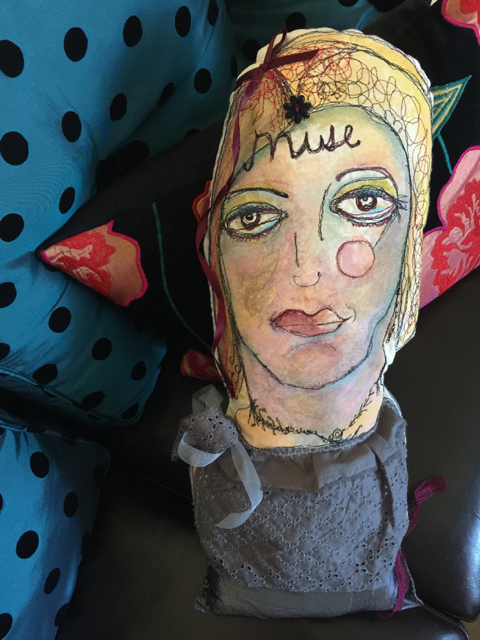 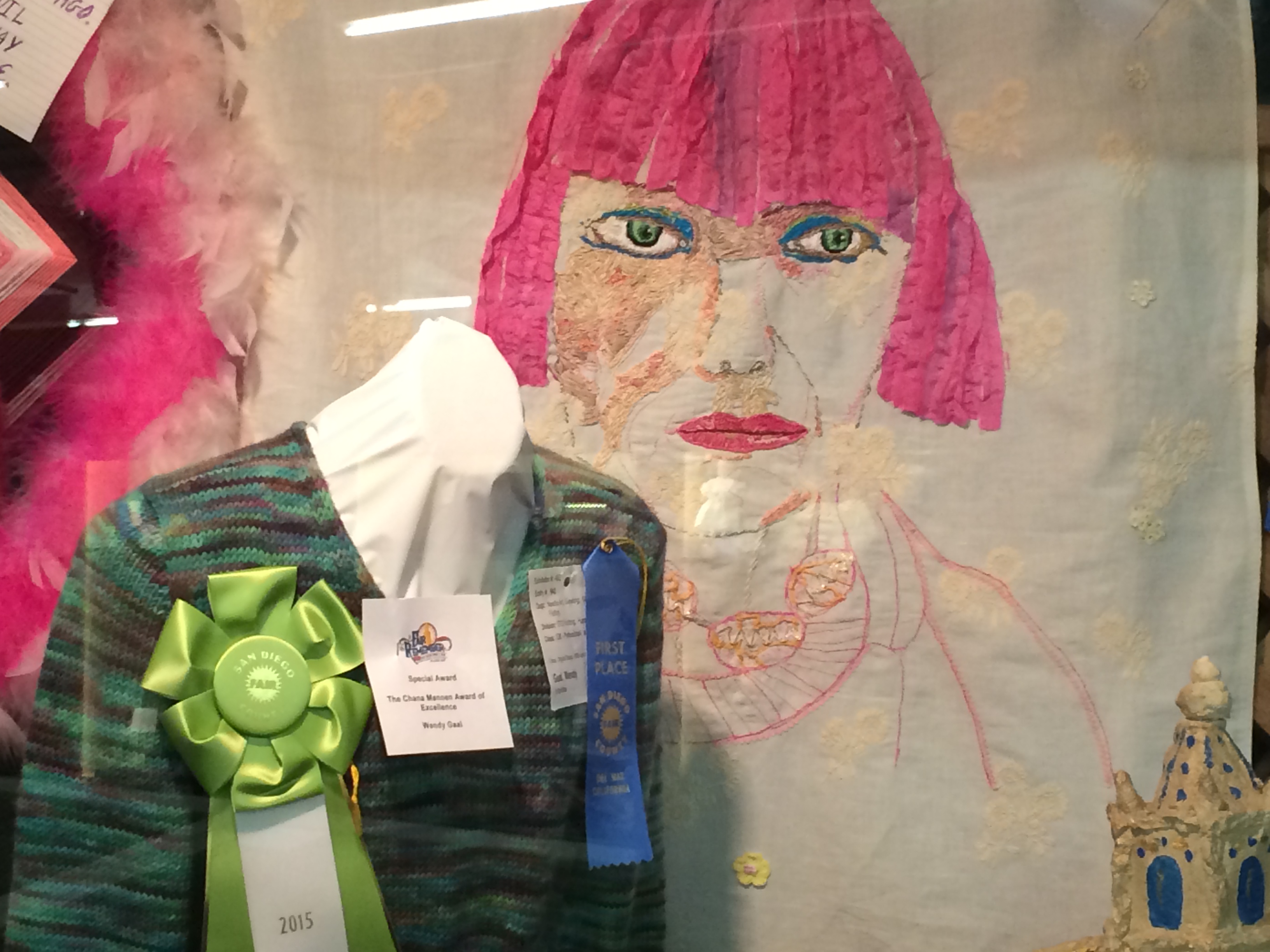 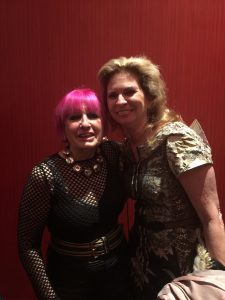 Collected in 2017 b Philomena O’Keefe in Ireland.

In 2017 I also met Zandra and was able to show her this piece in person. What a great opportunity! 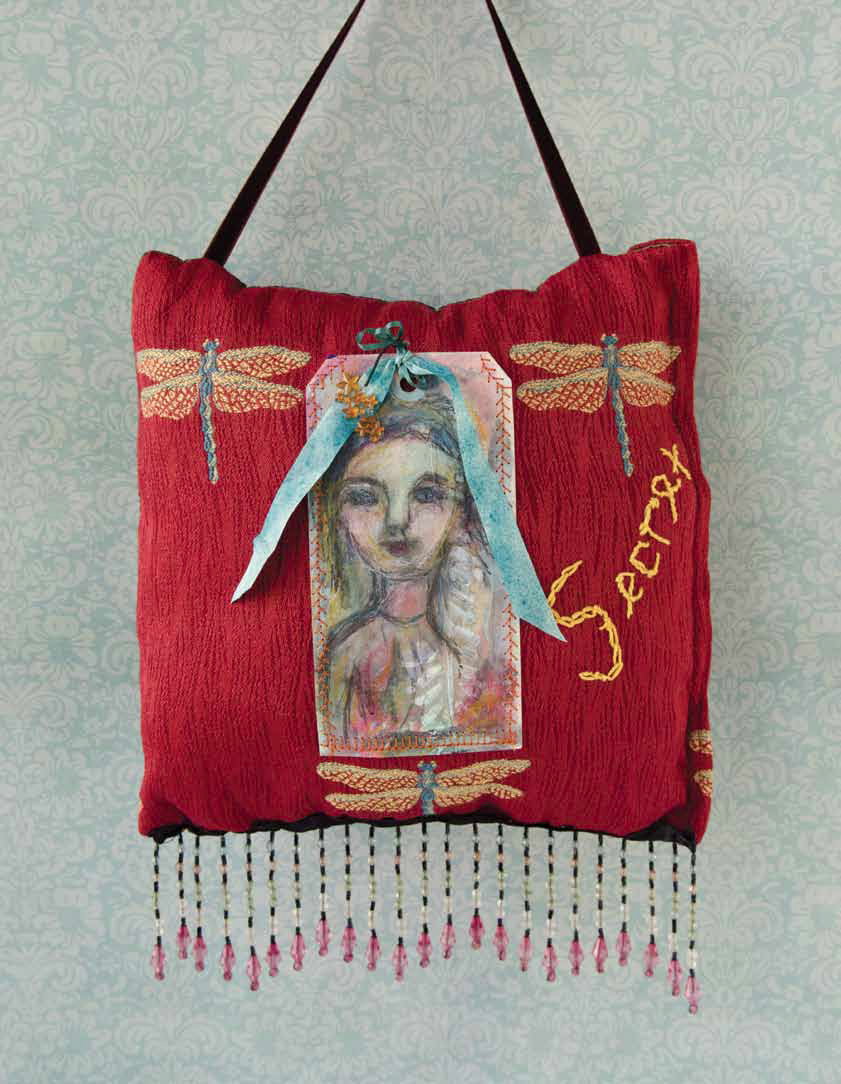